Our History. Our Tribe. 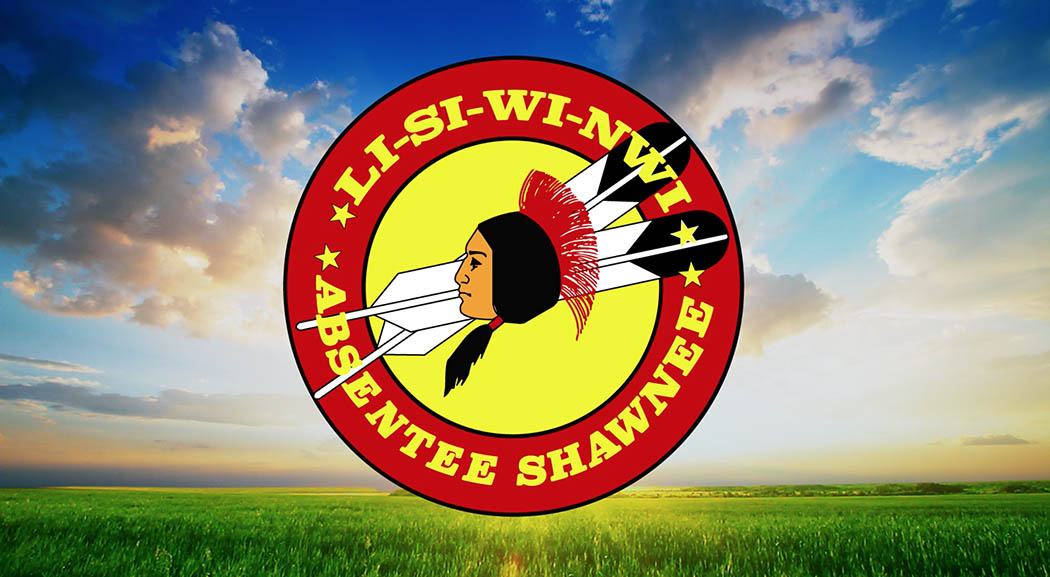 There are many different tribal regions throughout the United States. The Shawnee are one of many tribes that are referred to as Eastern Woodlands Tribes. They inhabited areas throughout Ohio, Virginia, West Virginia, Maryland, Kentucky, Indiana and Pennsylvania. However, the Ohio Valley was considered the native homeland of the Absentee Shawnees. There were many other tribes within this region with whom the Shawnee interacted, including: Chippewas, Ottawas, Pottawatomies, Illinois, Abernaki, Cherokee, Creek, and Chickasaw.

During the American Revolution many peace-seeking Shawnee relocated from Ohio to Spanish Louisiana and settled near present Cape Girardeau, Missouri, where they were later joined by other Shawnee from Alabama and Ohio. Prior to this band's acceptance of a Kansas reservation in 1825, some members had dispersed into Arkansas, Texas, and Louisiana.

By 1840 many of those scattered groups had migrated to the Indian Territory (present Oklahoma), and dwelled along the Canadian River in the Choctaw and Creek nations. Being absent from their Kansas reservation, they became collectively known as the "Absentee Shawnee." An 1854 treaty failed to lure them to Kansas with the promise of allotments.

An 1872 congressional act gave title of that land (in Oklahoma) to the Absentee Shawnee. The tribe then consisted of two groups, the followers of White Turkey, who favored assimilation, and those of Big Jim, who opposed absorption into white society for fear of losing their cultural traditions. The Absentee Shawnee lands were allotted in 1890 and 1891.

The Absentee Shawnee Tribe of Indians of Oklahoma was organized under the Oklahoma Indian Welfare Act of 1936. The tribe has its own constitution, is administered by an elective five-member Executive Committee, and generates revenue through various means. The Absentee Shawnee persistently adhere to their tribal customs and ceremonies. Of Oklahoma's three federally recognized Shawnee tribes, the Absentee have the largest number of members who speak their native Algonquian language.

There are four primary components of the cultural identity of the Shawnee Tribe, including: language, clothing, agriculture and religious ceremonies.

Two of the ceremonies include a Spring and Fall Bread Dance. During this ceremony, tribal members give thanks to the Creator for the food gathered through hunting and produce that is grown from the earth. The tribe prays for continued bounty and good health.

In between the Bread Dances, a War Dance is held. It is considered by the Absentee Shawnees to be the most important dance of the year – and typically occurs during the summer, when the first crops of the season ripen.

The Absentee Shawnee emblem was developed by Leroy White, who was an Absentee Shawnee tribal member raised in Little Axe, Oklahoma. In the 1970s, he entered a contest sponsored by the tribe for the design of a tribal logo. He won the contest and his design is still recognized today as the official emblem of the Absentee Shawnee Tribe.

Each icon on the emblem represents an important part of tribal culture.

The moon in the background represents one of God’s many creations.

The two feathers symbolize two significant leaders of the Shawnee people: Tecumseh and his brother, Tenskwatawa, the Prophet.

The facial profile represents Tecumseh, a Shawnee leader who is revered for his strength of character and military accomplishments.

The two stars represent the Tecumseh’s rank of Brigadier General in the British Army.

The phrase “LI SI WI NWI” is translated in English to mean “Among The Shawnee”.

To learn more please watch the video below.